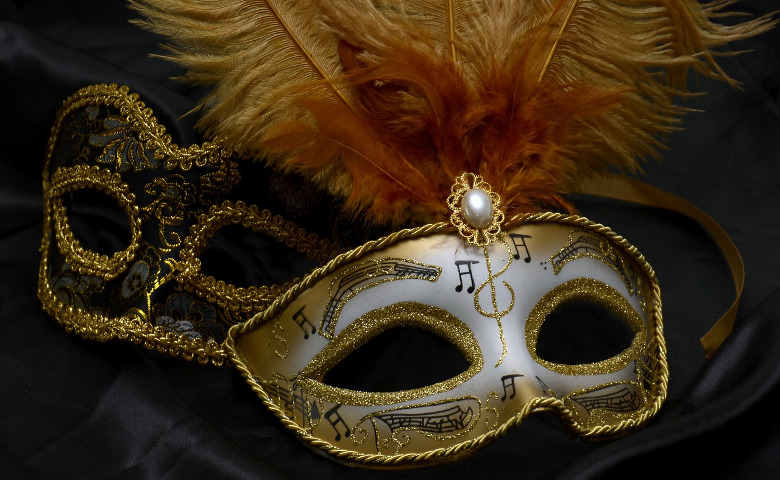 I’ve been getting some really lovely, thoughtful comments recently on my brain weasels post. One comment particularly struck me, from someone who is being treated for their own brain weasels for the first time in their life. I’m scared, they said. I don’t remember ever being any other way.

I recognise that fear. When I began taking medication for my mental health, I was nervous too about how it might change me. What if I became a completely different person?

It wasn’t just concern about side effects, although that was part of it. But on a fundamental level, it was acknowledging that this person with all her worries, her relentless thinking and planning for possible outcomes, her bursts of intense creative energy and her inevitable burn-out – this was the person I saw as me.

This was the person I was used to being, the only person I had any experience of being. How much could I change without becoming essentially someone else?

The answer to that, as it turns out, is both more complicated and simpler than I could have imagined.

I’ve always been a fan of personality tests like the Myers Briggs (MBTI).

I know tests like this are prone to criticism, and I 100% agree that reducing all the factors that make up a complex human being to a set of just four axes with sixteen possible combinations is a terrible way to deduce employee compatibility, job suitability, or anything else that could effect someone else’s life in a concrete way. But for my own interest, as someone who’s prone to self-analysis anyway, I find this kind of structured soul-searching really interesting. It’s definitely an upgrade on Which Disney princess are you?

Prior to starting on brain meds, I had taken the MBTI twice: once at 24, when I was studying Stage Management under a teacher who loved this kind of stuff, and again a decade later, when my workplace used it as part of a team-building exercise. My result was identical both times: INTJ. Strongly introverted, strongly analytical, likes quiet and structure and a lack of surprises. All of that resonated with me, though other elements made less sense – self confident? Hah! Natural leader? Oh gods no, no responsibility for me please.

Less than a month after taking that second test, I received my first depressiondiagnosis. Since then, and since I have been treated for mental health, I’ve taken the MBTI twice more: once less than a year after the previous test, when a different part of my workplace used it as part of a different team-building exercise, and again when I was so fascinated by the result I’d received that I looked up another test online and retook it to see what would happen.

Again, my result was identical both times: ENFP.

Extroverted, spontaneous, makes gut decisions, likes adventure and being around people and trying new things. A personality swing of three out of four axes. To put it another way, I’d gone from Draco Malfoy to Ron Weasley (or, for that matter, from Elsa to Anna).

So had I undergone a radical personality shift? Was I a different person?

Yes – and emphatically no.

I am large, I contain multitudes

There’s no question that the version of me that has emerged on medication is far more of an adventurous extrovert than a quiet, structure-driven introvert. But none of these “new” personality traits have just appeared from nowhere.

I’ve always preferred being around people to being alone – it’s just that social anxiety made it so stressful to be around people for any length of time that I’d learned to avoid or limit my socialising. I’ve always taken pleasure in small moments of spontaneity – it’s just that fear had me constantly planning my days and weeks and life out in advance, trying to avoid anything that might go wrong. I’ve always known the delight of rare moments when I could quiet my mind and trust my gut (overriding my fears to leap into a New Zealand river from the high-jump rock because bugger it! comes to mind) – it’s just that fear of messing up made me want to analyse to death any action or decision I considered important. Oh yeah, and anxiety also told me all my actions and decisions were important – even down to choosing an ice cream flavour I might later regret.

Taking medication hasn’t banished my ability to plan or analyse, or stopped me from enjoying a little quiet time with a book now and then. No one is all one way or another –which, again, is why using the MBTI to draw conclusions about other people is really not a great idea.

But treating my anxiety has allowed very different elements of my existing personality to take the fore.

Coming out of my shell

“I don’t know how to have fun,” is one of the issues I used to report to my psychologist. I didn’t mean that I wasn’t capable of being happy (though that, too, was sometimes true) – I meant that I honestly didn’t know what kinds of things made me happy, because my responses seemed so inconsistent.

Sometimes – on a good day – I would get enthusiastically excited about being around people, but mostly I seemed like a “classic” introvert: uncomfortable in conversation, easily overwhelmed in a party or a crowd, quick to retreat into my phone. And yet the classic introvert activities – reading a book, baking, knitting or cross-stitching – rarely made me happy either. They sometimes calmed me down when I was overwhelmed, and that peace could feel really good – but other times they just made me feel isolated and miserable, or actively stressed out.

Looking at the ways I have changed on medication, I can recognise now a deep internal conflict between the elements of my personality that anxiety put in charge and the elements that have now emerged on top. They’re not different people – but they are very different ways of responding to the world.

It turns out that, when I’m not constantly beset by social anxiety, I really enjoy making connections with people. I revel in time spent with friends, I love going to parties, I even get a kick out of meeting new folk. When my brain shuts up and lets me take a risk, I like nothing more that to go on an adventure that will surprise me – taking random walks down unknown trails; ordering the weirdest-looking dish on the menu; booking a campervan for two weeks with no idea where I will drive it or what I will find.

Different – yet the same

When I compare myself now with me before treatment, it feels like I’ve emerged from behind a layer of fog. I haven’t become anything I wasn’t before, but I have sloughed off layers of anxiety-driven habits that were preventing me from really being myself.

And yet as changed as I feel, I’m not a different person. I still recognise me in the beliefs and values I hold; in the pleasure I take in a moment of sunlight or birdsong; in the jokes I crack; in the people I love. And the people I love recognise me in turn: my friendships and my relationship with Ben have not only remained, but been strengthened by the changes in me.

I’m still me. It’s just that what used to feel like “me on a good day” is now “me on an average day” – and that is a truly wonderful thing.

2 Replies to “Does mental health treatment change who you are?”

E. H. Mann writes fantasy and science-fiction, and blogs about their experiences with writing, ADHD/mental health, asexuality, and sometimes just whatever cool things they’re excited about this week.

Find out more about me.

Thanks to Vincentiu Solomon on Unsplash for my purple stars header.